Bali represents the lineage of non-Brahmin communities in Tulu nadu.  Bali is the Dravidian counterpart of the Gotra followed by the Brahmins, influenced by the Aryan tradition.  Every family is identified by its Bali.  The name of the Bali may denote a particular personality, community, place or name of a well known divinity.  It is thought that the Balis in Tulu nadu were organized by chiefs, who were called Ballalas.  Ballalas were said to have gained importance in Tulu nadu after the marriage between Hoysala king, Vira Ballala and the Alupa queen Chikkayi Tayi.  Bali sets the rules for marriage alliances as well as adoption procedures.  There cannot be an alliance between the same Balis.  There are more than one hundred thirty named Balis established but eighteen of them are recognized from the days of King Bhutala Pandya.  They are called aliya santana Balis.  A Bunt is identified with his Bali from his mother’s family rather than the father’s.
There are fourteen Kattus and sixteen Kattales which lay down the rules of aliya santana.  These are commandments of the marriage customs, social positions of each of the Balis, management of family property and the ceremonies to be observed on occasions of births and deaths.  They also enumerate laws of the land.  Rules regarding social behavior and caste are found in the kattales, especially as related to female.  Punishments and acceptance of women who go astray are laid down in elaborate manner.  Rules of widow marriage and marriage of women who have been abandoned or abused by their husbands are detailed in sixteen different commandments pertaining to different ethnic groups of Tulu nadu.  The laws according to kattu and kattale are said to have been enjoined by Bhutala Pandya, as dictated by the benevolent demon Kundodara.
Posted by Royal Bunts at 22:17 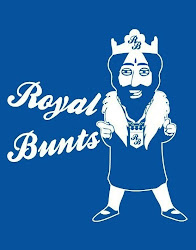 Get Tulunadu news updates, stories and photos in your inbox. Enter email below: